A Chosen One Universe Novella: Mikey Smith lives with what he calls his "flickers". When he's out in the world, sometimes other people flicker and change into something terrifying that no one but him can see. He's been diagnosed with epilepsy, but part of him knows what he sees is real. When two men walk into his coffee shop, his world is turned upside down when they transform into something else... and they know he can see them.

Already mates, Asher and Quillon aren't expecting to add a third into their mix... but neither of them are opposed to the idea either. When they meet Mikey, they're drawn to him from the first moment. He's a human exposed to their world, though, and the consequences are severe. Can Asher and Quillon protect their new human mate from the forces that threaten him? 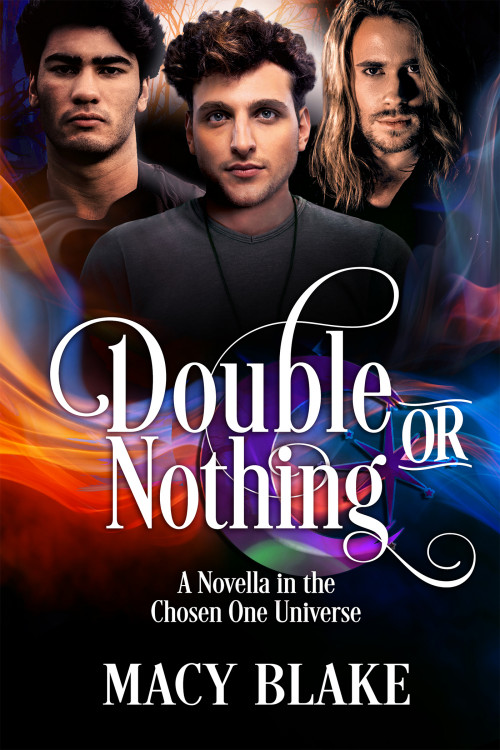